The northeast of Viti Levu offers access to the rich waters of the Bligh Passage from Rakiraki and the nearby resort island of Nananu-i-Ra. The sites here have a good balance of scenic seascapes, elaborate reef structures and masses of marine life. Names of spots such as Dream Maker and Breath Taker sound like hyperbole – until you get beneath the waves and swim among the dense concentrations of corals and thick shoals of brightly coloured fish.

Some dives hold out the mere possibility of encountering a shark, but this site puts you right in the middle of more of the sea’s top predators than you could possibly hope for. It’s located in the specially designated Shark Reef Marine Reserve, where you can dive among reef sharks, lemon sharks, bull sharks and even an occasional 4m-long tiger shark. There’s a tightly regulated feed several times a week, with divers watching from the periphery. Shark feeding isn’t without its critics, but some conservationists point out its use as an effective strategy in shark education and protection.

Operators in Pacific Harbour, along the Coral Coast or on Beqa island itself all offer shark dives.

The Somosomo Strait is the narrow stretch of water which separates Taveuni from Vanua Levu. It might not be wide, but the nutrient-rich currents passing through here make this the best soft-coral diving site in Fiji – and that means one of the best in the world. Several dive sites call out for attention. The Great White Wall resembles nothing more than a snow-covered ski slope when the current runs over its white soft corals. The Rainbow Reef is appropriately named after its extravagant tapestry of corals, just like the Purple Wall with its bushy overhangs and arches. Finally, Annie’s Bommies has boulders that look like they’ve been yarn-bombed, such is the explosion of colour in this shallow reef.

The Great Astrolabe Reef is one of the world’s longest barrier reefs, stretching for over 65km around and beyond Kadavu island. It’s home to a brilliant assortment of tunnels and canyons, all festooned with coral. Halfway along its length the reef is bisected by the Naiqoro Passage, an important transit point for large fish and the reason why so many people come here to see manta rays, sharks and other large pelagics. Notable dive sites include the undersea pinnacles of Eagle Rock and the maze-like Broken Stone. There are only a few dive resorts on Kadavu, which is pretty remote for Fiji, but several offer great snorkelling straight off the beach.

The Namena Marine Reserve is off Savusavu on the south of Vanua Levu. It’s a great example of local conservation, as traditional fishing rights have evolved into community protection for the entire area. As a result, there’s a particularly diverse fish population, including large pelagics. The Dreamhouse is a seamount which attracts a wealth of grey reef sharks, jacks and tuna. The Nasonisoni Passage has barracuda and groupers, while the site itself is a narrow coral-clad channel. During tidal exchange, divers are sucked into the passage and propelled through the funnel by the forceful current.

Drawaqa island in the Yasawas has become so well known for its visiting mantas that it has recently rebranded itself as Manta Ray Island. The elegant rays frequent the stretch of water between Drawaqa and nearby Nanuya Balavu island. Drawn by the plankton-rich currents passing through here, they come to feed in the warm waters. April to October is the best time to visit – you slip quietly into the water to avoid disturbing the rays, then watch them breeze past on their alien and elegant wings.

The Mamanuca Islands are particularly popular among those who want to combine their dive trip with a bit of South Pacific beach lazing, as the dive sites here are reached quickly and easily by boat from Nadi and the many resorts in this island group. It’s a great place to get started if you’re new to scuba diving. The Malolo Barrier Reef has several good dive sites, including Gotham City (named after its resident batfish) which has large coral heads with moray eels, and the Supermarket, a popular spot for reef sharks

Open your mind to the world-class destinations Australia has to offer. 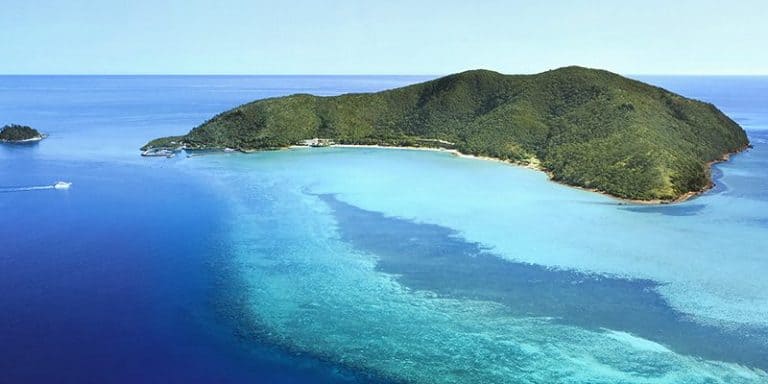 Make the Great Barrier Reef Your Next Holiday Destination